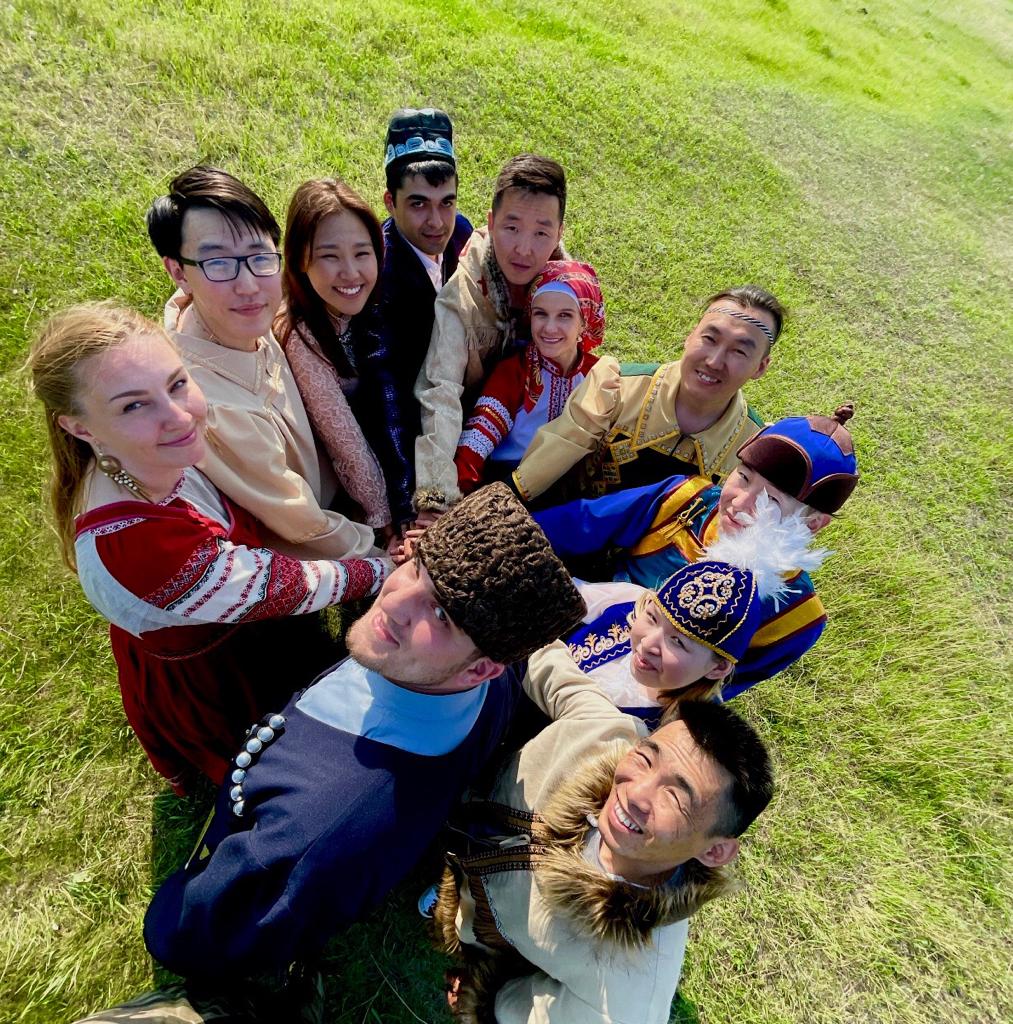 Youth Assembly of the Peoples of the Republic of Sakha (Yakutia)

It was created on the initiative of the Council of the Assembly of Peoples of the Republic of Sakha (Yakutia) and has been operating since 2004. The first chairman was Manvel Amoyan, the chairman of the Yakutsk Yezidi diaspora. After him, Tuyana Andreeva, Nyurgun Grigoriev, Oganes Grigoryan and Dmitry Sharipov worked.

The main goal of the organization is to unite multinational youth of the republic, upbringing patriotism of younger generation, friendship and partnership of peoples for the benefit of implementing the state national policy of Russia and the Republic of Sakha (Yakutia).

The elected chairman is Nurudin Nurudinov – Deputy Mufti of the Yakutsk Spiritual Center of Muslims.

From November 2020 till the present day, educational, enlightening and charitable events have been held:

Organization and holding the discussion platform “International youth cooperation inside public diplomacy”; a meeting of MA activists with the Minister of External Relations and People’s Affairs of the Republic of Sakha (Yakutia) Kirillin Gavriil Vitalievich; preparation of applications for the All-Russian competition of youth projects from the Federal Agency for Youth Affairs “Rosmolodezh”, for the competition of the Foundation for Presidential Grants and Grants of the Head of the Republic of Sakha (Yakutia); organization of the meeting with the Chairman of the Youth Assembly of the Peoples of Russia “We are Russians” Dina Gromatikopolo and with the Chairman of Omsk regional branch of the Youth Assembly of the Peoples of Russia Ermek Khapizov; organization and holding the action “Day of Pilaf” to the Day of the Russian Flag; participation in cultural events of the House of Friendship of Peoples dedicated to the Day of the Mother Language, the World Day of Poetry, the Day of National Unity, the celebration of the International New Year, the celebration of the Day of Russia.

The Assembly sponsors and supports children in the Center for Assistance to Orphans “Bereginya”.

In February 2021, the Youth Assembly, together with the Resource Center of the House of Friendship of Peoples, organized and held the International Youth Forum “Impulse”. The topic of the forum was “The role of media in the harmonization of interethnic relations”. Students from various educational institutions of the city of Yakutsk attended the forum. The guys met experts, worked in a team and created their own social projects. One of the seven teams became the winner of the forum and received prizes from the Ministry of Youth Affairs and the Ministry of Foreign Relations and People’s Affairs.

And in July 2021 the chairman and his deputy defended this project at on-line conference All-Russian contest “MezhNatsAkselerator 2.0” held by Youth Assembly of Peoples of Russia “We – the Russians” and took the third place. The received monetary reward was transferred as a charitable donation to the Headquarters of Fighting Forest Fires in Yakutia.

The main place for meetings and events of the Youth Assembly is the AU RS (Y) “House of Friendship of Peoples named after A.E. Kulakovsky” (room 223).