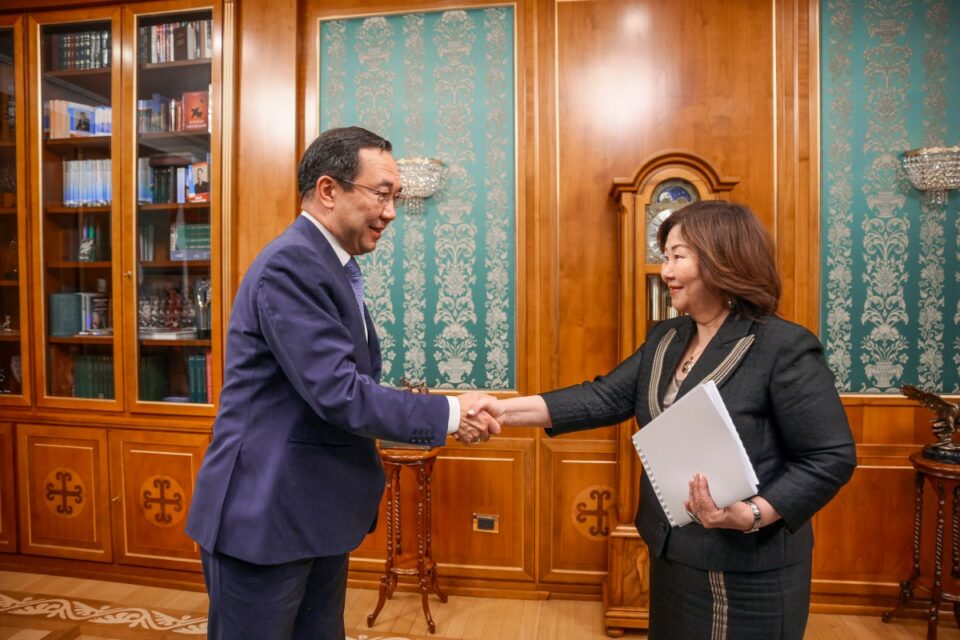 By 2030, AGIKI will become a scientific and educational center for creative industries in the Arctic

Participation of the Arctic State Institute of Culture and Arts in the strategic Academic leadership program “Priority-2030. The Far East” was discussed by the head of Yakutia Aisen Nikolaev and the rector of the university Sargylana Ignatieva. The head of the region congratulated AGIKI on winning the federal competition, the press service of the head and government of the region told YSIA.

“The recognition of AGICA as the leading university of the macroregion in the field of culture and arts confirms the correctness of the designated development goal of the institute – to become a scientific and educational center of creative industries in the Arctic by 2030. For this, the institute has made a serious groundwork: about 2.5 thousand graduates work in the field of culture and arts not only in the republic, but also in other regions of the north-east of the country,” said Aisen Nikolaev.

During the implementation of the strategic project “The Cultural Code of the Arctic: a creative school of the Future”, a center for creative and digital competencies, a laboratory for the study of human capital in the north, network schools, pre-university training courses will be created, new educational programs and technologies will be introduced.

They will promote joint creative projects with participants of the Arctic Consortium of Culture, Arts and Creative Industries – the Northeastern and Far Eastern Federal, Murmansk, St. Petersburg Universities, the Higher School of Economics, the Universal University.

The Head drew attention to the expansion of innovative platforms for working with gifted children of the republic, as well as to the strengthening of the institute’s participation in creating a comfortable environment in the cities and villages of Yakutia.

Recall that only eight universities of the Far East have received grants under the special track of the state program “Priority 2030” of the national project “Science and Universities”. The special track takes into account the needs of the Far East in personnel and technology. This year, each winning university will receive state support in the amount of 71.25 million rubles.